Theme for 2004 – “Down to Earth” – earthen architecture and heritage
Dear Colleagues,
In 1983, the UNESCO General Conference endorsed a proposal that had grown from an ICOMOS initiative and officially recommended that its member states declare the 18th April, the International Day for Monuments and Sites. Each year, this Day provides a special opportunity to draw attention to the value of buildings, sites, places or ensembles which carry memory and cultural meanings as authentic witnesses of big or small parts of the Human Endeavour. These monuments are indeed the expression of the cultural diversity which is one of the most valuable treasures we have to enjoy and to preserve. Placing the spotlight on this heritage for one day a year helps to promote the continuous care it deserves.

Each year, ICOMOS proposes to National Committees and others to explore a particular theme on this occasion. In the past, the themes of historic villages, 20th century heritage or underwater cultural heritage have stimulated the creativity of ICOMOS Committees who turned them into a diversity of activities such as public lectures, symposiums or visits. These themes should be seen as an encouragement rather than an obligation and many Committees have also used the 18th of April to address particular issues of relevance in their own national context.

For 2004, the ICOMOS Executive Committee, meeting in Paris during January, examined a number of suggestions. Originally, the preservation of the context and setting of monuments, sites and other types of cultural heritage places was seen as a source of great concern that could benefit from the positive incentive given by the International Day. Indeed, whereas the physical protection of individual monuments or sites has greatly improved thanks to training, the development of legal frameworks and international cooperation, the areas that surround them are suffering from insensitive development or reconstruction. Monuments are preserved but their presence and meaning is lost. This major issue exists world-wide and ICOMOS will address it in 2004 and 2005, en route for the next General Assembly in Beijing in 2005.

However, ICOMOS has decided to opt for another theme for the 18 April 2004 following the devastation of the ancient city of Bam, in Iran, by an earthquake leaving some 40 000 dead, including some of our colleagues. Cultural heritage also had its victims. Most of the 30 historic monuments of the living city of Bam, such as the ancient bazaar, fell. Arg-e-Bam, the ancient mud brick citadel kept as an archaeological site, suffered greatly but still stands. It had been visited by experts just weeks before the disaster during the Terra 2003 conference. This disaster underlined the fact that the tradition of earthen architecture is the source of a lot of the World’s cultural heritage. People realised that earthen architecture can generate monuments that will last for centuries and bear witness to our past generations’ lives.

Yet, as pressures for reconstruction are growing, in Bam, in Iran and around the World, earthen architecture is also put at risk and in great need of preservation. In that context, ICOMOS, to express solidarity with our Iranian colleagues and Arg-e-Bam, has dedicated the 18 April 2004 – the 2004 International Day for Monuments and Sites – to the theme of earthen architecture and heritage. Mud brick, rammed earth or other systems, one of the simplest materials – earth – coupled with the skills of human hands and minds, have produced an immense diversity of buildings, settlements or landscapes that constitute a major but unknown part of our cultural heritage, to be found almost everywhere.

Let me encourage you to take the opportunity of the 18 April 2004 to reveal this remarkable heritage to your fellow citizens or colleagues, so that it receives the recognition and care it deserves. Let it rise from the dust and be seen for what it means!

In the coming weeks, the International Secretariat will be forwarding you information material and documentation to help you organise your Committee’s activities. Please also regularly consult the new rubric on earthen architecture and heritage that will be launched on the ICOMOS web site: www.international.icomos.org/18thapril.htm by the end of the month.

The origin of the International Day for Monuments and SitesIdeas on how to celebrate it !

On 18 April 1982 on the occasion of a symposium organised by ICOMOS Tunisia, which coincided with a meeting of the Bureau in Hammamet, the holding of a International Day for Monuments and Sites to be celebrated simultaneously throughout the world was suggested. This project was approved by the Executive Committee who provided practical suggestions to the National Committees on how to organise this day. Last but not least, the idea was also approved by the UNESCO General Conference… 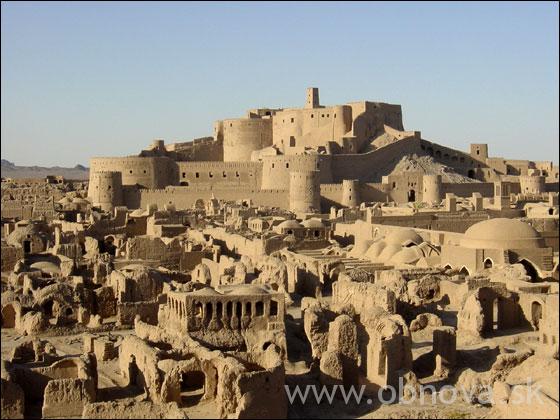 Dear Colleagues,
The terrible earthquake that devastated the historic city of Bam in Iran on 26 December 2003 left no-one insensitive to the human tragedy and the loss of cultural heritage.

The motto of the International Day for Monuments and Sites on 18 April 2001 is “Save Our Historic Villages”. Historic villages world-wide and the corresponding building traditions are threatened to disappear. The extent of this threat has already been illustrated by several reports in ICOMOS’ first World Report on monuments and sites in danger (Heritage @ Risk). In connection with the annual Heritage @ Risk report ICOMOS will therefore continue to use the opportunity of coming International Days for Monuments and Sites to point out certain types or groups of particularly endangered monuments, sites and cultural landscapes…

International Scientific Conference | Budapest – Pécs (Hungary), May 22-28, 2004
Several days in May, 1964 are red letter days in the history of monument protection. Those days mark the Second Congress of Architects and Specialists of Historic Buildings held in Venice, on the Isle of San Giorgio.

You have already reported this
Jasné Clear All