These projects are part of the Remote Echo exhibition, which takes place in Prague between March 10th and April the 6th 2003, at the Fragner Gallery. The projects to be exhibited come from the ‘Temporal Prague’ design studio for 4th year students at the University of New South Wales between March and June of 2002.

The projects for the studio consisted of refurbishing a disused machine factory hall in Karlin, the 8th district of Prague. The building measured 192.1m x 15.6m and was designed in the early twentieth century. Karlin is an old industrial area near the main railway station of Prague, and the hall is currently used for dance parties and was also a setting for the film ‘Loners’ made in late 1999 by the Czech film-maker David Ondricek. The attraction for the director being “places typical of today’s life in Prague, places usually avoided by tourists – and filmmakers”. As the Karlin district begins its transformation, (it already has Prague’s largest business park), the studio proposed to preserve and embellish the existing hall, as a useful space for unforeseen activities. The central assumption was that a city thrives on the spaces that it does not disclose and that architecture ultimately has no fixed destiny, but rather it’s life span varies with the trends and movements of the times. The main design themes were atmosphere, materiality, circulation and the provision of basic services.

The studio and the exhibition were not about making great claims. Firstly, from the long distance of Australia, no one in the studio including myself could consider themselves an authority on Prague, and for that matter the studio never implied any evangelical tone. The project began as an invitation from Radek Kovarik and Marek Lehman at the Prague Technical University, on the basis that in post-Communist, and the new EU and globalized Europe, both our attitudes and concerns were converging in some ways. The expectations placed on us never went beyond the speculative question of what we would do in their place. Neither was the studio a lesson or importation of fashionable thinking from contemporary Western architecture, namely the fetishism of the dissolution of coherent objects, either by comprehensive rupturing or by an organicism naturally contrary to the equilibrium and objectivity of architecture. The studio never advocated these enormous questions occupying the terminal obsessions of an iconoclastic and modernist way of thinking, where architecture and the traditional arts are considered obstacles to the health of the pure spirit of unmediated subjectivity. Instead, working through a loose adaptation of Ignasi-de-Sola Morales writings where he advocates that desolate urban areas warrant the same conservation considerations as either nature or historic architecture, additions and renovations were introduced, on the sober basis that they were dead tautologies inspired by the intuitions and un-real metaphors of the architect, blended into (which in this case were not unfavourable) exisiting site conditions, and further determined by the eye, politics, body, and history of the beholder. In a very blunt way, students were required to build working models and produce drawings from the very beginning, as a way of avoiding the impasse of thinking without working and belonging.

The projects generally diverted into two directions, either by treating the site as an urban playground, as in the case of the work of Melika Aljukic, Charles Chiang and Jackie Ong, where a variety of focal points, such as new volumes, structures, tubes, translucent elevators and ramps were introduced; or by signifying unprogrammed and unatomized space as a discrete and rarefied moment in the urban fabric, as in the case of Sussanah Lang/ Maja Mrvelj’s proposal, where the building was isolated from it’s context by a network of underground tunnels, and was also crowned with a taut linear volume clad in alternating flurosecent colours. 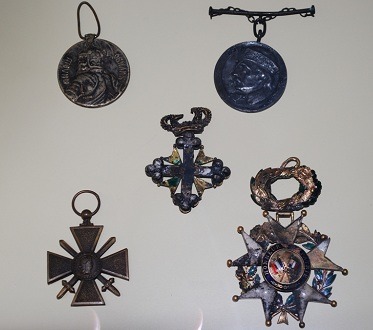